Boortmalt has opened the world’s largest kiln as it completes the expansion of its Buckie malting plant on the Morayshire coast.

The business, which is one of the oldest malting businesses in the UK, has built the kiln and expanded its supporting buildings by 1800m2 to support the growing demand for malt in whisky distilling and brewing across the globe – with sales of whisky expected to hit $108bn by 2031.

The new, modern kiln measures 41 metres in diameter and has a capacity to hold 600 tonnes of malt per batch. It also boasts economical burner technology, designed to increase energy efficiency.

Boortmalt’s expansion, which has been completed within 12 months of breaking ground, will see malt production capacity increase by 50% to approximately 90,000 Mt per year. It will also allow Boortmalt to purchase more barley locally in the north of Scotland, supporting local farmers in those areas.

The investment will also positively impact Boortmalt’s sustainability credentials. The increased capacity will reduce the distance malt and barley will be transported each year and will improve the local supply chain efficiency, thereby helping to reduce the company’s carbon footprint.

Yvan Schaepman, CEO Boortmalt Group, said: “We are extremely confident in the future of the malting sector, and the expansion will allow us to keep up with the high performance of our customer base. In less than 12 months, our people in Buckie have built the largest kiln in the world. Well done!”

Charles Tozer, General Manager UK and Ireland at Boortmalt, said: “We pride ourselves on working alongside each distiller and brewer to offer them the malt that will work best for the style of beer or whisky that they produce. We are excited for what the future holds after significantly expanding our production capacity.” 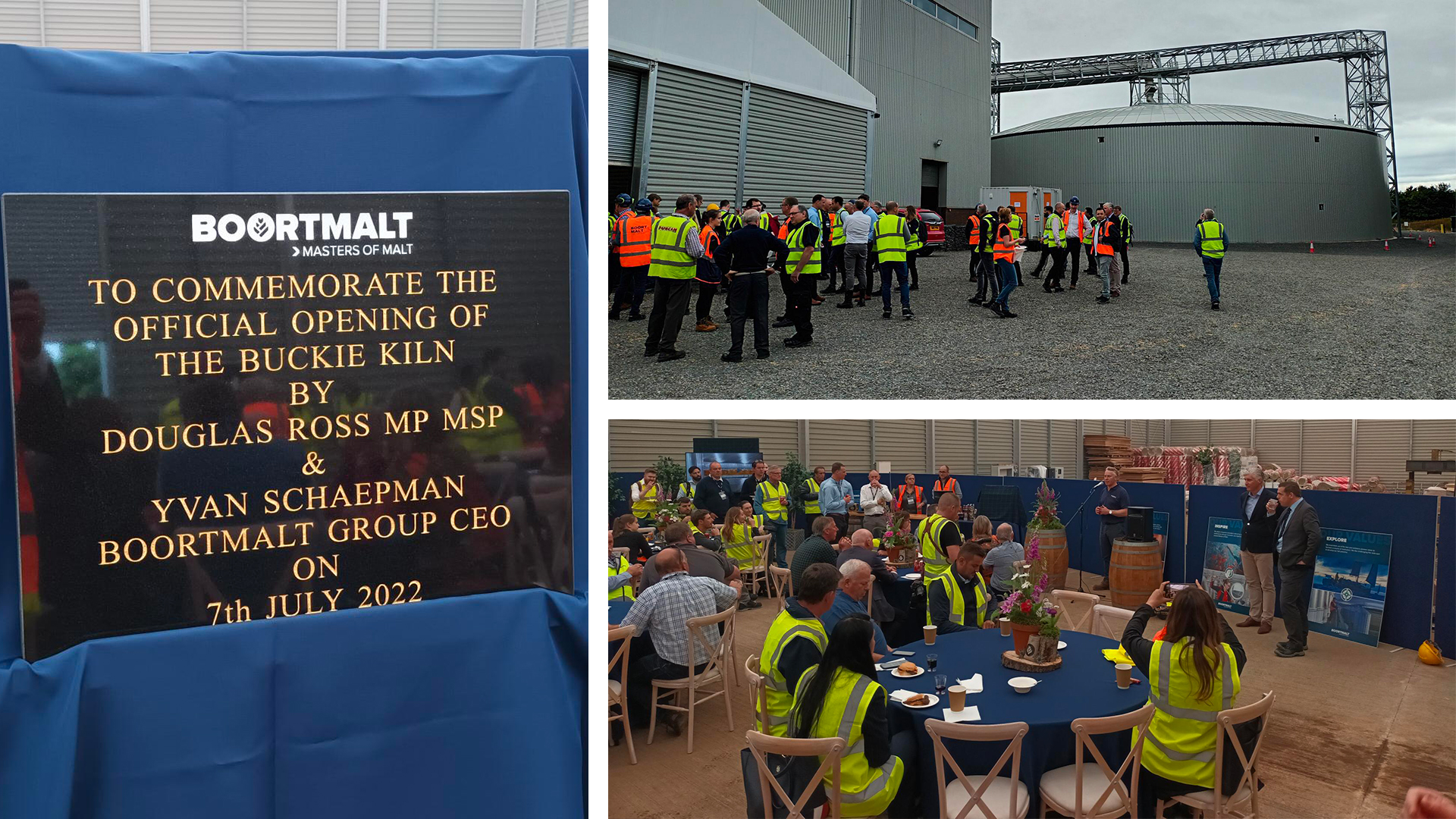